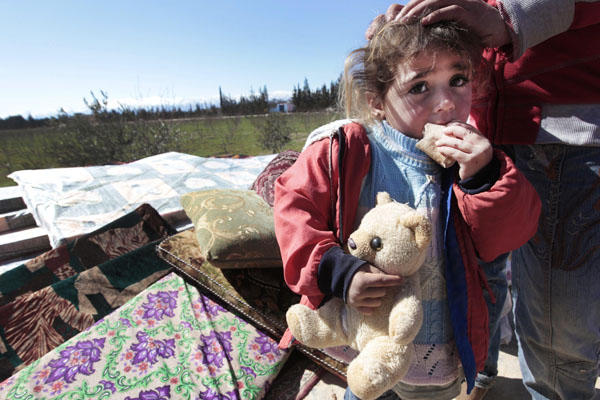 We have written on this page before about the absurd over-inclusiveness of the ground of inadmissibility for “material support” for terrorism.  This net barred Nelson Mandela from entering the U.S. without a waiver until 2008 and still bars 3000 refugees from the Iranian regime whose lives are at risk in Camp Liberty in Iraq from being resettled in the U.S. as promised by the U.S. government.  Moreover, hundreds, if not thousands, of others have had their applications for asylum, adjustment of status, or refugee admission placed on hold for allegations that they provided material support for terrorism by engaging in minor activities, such as distributing political leaflets, cooking food or distributing water, which the government has deemed to constitute material support of terrorism.  We are happy to report some good news on this front.  On February 5, 2014, the Departments of State and Homeland Security, issued new rules allowing the government to exempt those whose support is deemed to be “insignificant” or unintentional.  This decision should free the applications of hundreds of individuals in the U.S. who are awaiting the adjudication of green cards after having already won asylum in the U.S.  In addition, it should open the door to refugees from the war in Syria languishing in unsafe and unsanitary refugee camps.

U.S. law makes an individual inadmissible to the U.S. if they have provided “material support” to a terrorist organization.  The terms material support has been interpreted very broadly.  An illustration of the absurd lengths the bar extended to comes from a U.S. Citizenship & Immigration Service public forum.  A representative of CIS explained the “doing laundry” nature of the bar.  Let’s imagine that one person in a home has ties to a terrorist organization and another person in the household does the laundry for the household.  That person has provided material support for terrorism because she (let’s be real, here) has removed the terrorist’s burden of doing his laundry freeing him to do more terrorist things.  People have been found inadmissible for providing food, water, shelter to terrorists.  Although there is a duress exemption to the bar, the standard is high and the facts are rarely uncovered in an adjudication.

The new rules allow DHS to waive inadmissibility if DHS concludes that the individual applicant “has not provided more than an insignificant amount of material support to a terrorist organization.”  To exempt an individual, DHS must find the following that the applicant:

(b) has undergone and passed all relevant background and security checks;

(c) has fully disclosed, in all relevant applications and/or interviews with U.S. government representatives and agents, the nature and circumstances of any material support provided and any other activity or association, as well as all contact, with a terrorist organization and its members;

(f) has not provided material support to terrorist activities that he or she knew or reasonably should have known targeted noncombatant persons, U.S. citizens, or U.S. interests;

(g) has not provided material support that the alien knew or reasonably should have known involved providing weapons, ammunition, explosives, or components thereof, or the transportation or concealment of such items;

(h) has not provided material support in the form of military-type training;

(i) has not engaged in any other terrorist activity;

(j) poses no danger to the safety and security of the United States; and

(k) warrants an exemption from the relevant inadmissibility provision in the totality of the circumstances.

As the standards in the regulation make it clear, DHS must still conduct an extensive background check, determine that the individual does not pose a threat to the safety and security of the U.S. and also determine that the assistance provided to a terrorist organization be de minimis.  The new DHS rule recognizes that many immigrants come from war zones where failure to provide a drink of water or where failure to show solidarity with certain armed groups can be risking one’s life.

DHS also published a rule that is identical to the one above, but instead of insignificant support, the rule exempts those who provided support but did so unknowingly.  DHS exempts those who meet the criteria above and an applicant who:

(d) Has not provided the material support with any intent or desire to assist any terrorist organization or terrorist activity;

This should assist the many people who have provided support to organizations that they believed to be charitable or humanitarian organizations only to find out later that their funds were used for terrorist acts.  Individuals will not be exempted if they should have reasonably known that their funds and  efforts would be supporting terrorism.

Predictably, many have used these common sense rules to accuse the administration of aiding terrorists.  This is pure demagoguery.  The administration has pushed the “war on terror” to new limits with the aggressive use of drones and targeted killings.  Like DACA, the new rules allow the government to separate the priorities from those who present no threat to the security of the U.S.  Yet, the anti-immigrant crowd asserts that the administration is being easy on terrorists and letting them into the U.S.  The fact is that many of these people are here.  They are working and living among us with no instances of terrorist acts.  For several years the DHS has had these cases on hold and people have lived here in administrative limbo.  A U.S. District Court in Virginia just last week rejected the government’s argument that it could keep a case in limbo for over fourteen years based upon an individual’s support for the Mujahedin-e-Khalk, an Iranian resistance group.

The new rules should put an end to administrative limbo for thousands of individuals who, for fear of their lives, did little more than provide food or water or distribute political leaflets for groups that are today deemed to be “terrorists.”  This is a very welcome development.