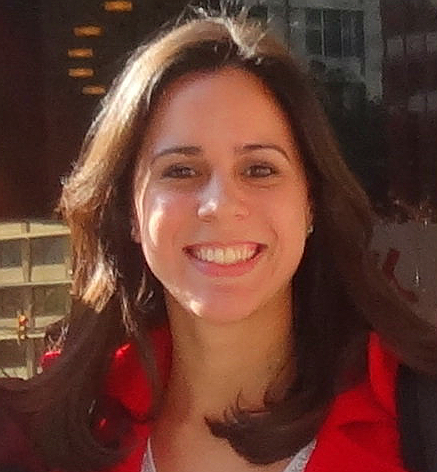 On November 26, 2013, my client, M-L-R-, won the opportunity to sleep at night.  M-L-R- was granted asylum by Immigration Judge Paul W. Schmidt.  She fled El Salvador after she was brutally raped and beaten by an MS-13 gang leader and was told that she would have to be subject to his sexual demands in the future.  A mere twenty-two days after this horrific attack, M-L-R- left her husband, her family, and the only country that she had ever known, to journey to the United States.  Like so many generations of immigrants before her, she believed that our country was the only one where she would be able to escape her persecutor’s reach and establish a new life.  Fortunately, she will now have the chance to petition for her husband and live in peace out of harm’s way.

At the end of the hearing, Judge Schmidt encouraged M-L-R- to thank her lawyers.  I could not have asked for a better client or better colleagues for my first Immigration Court hearing.  I am a Student Attorney in the GW Immigration Clinic, and I represented M-L-R- under the supervision of Professor Alberto M. Benitez and Jonathan C. Bialosky, Esq.  I started working on this case in July 2013, over a-year-and-a-half after the Clinic undertook my client’s representation.  I am the fourth Student Attorney to act on her behalf.  M-L-R- was previously represented by Rachael Petterson (Attorney at Benach Collopy LLP and former Interim Director of the Clinic), Jason Boyd, Denisse Velarde-Cubek, and Cleveland Fairchild.  Each of these individuals helped to craft my client’s affidavit, compile supporting evidence, and obtain her work authorization.  In addition to their legal roles, they met with M-L-R- countless times and helped her to work through the traumatic events that she endured.

This semester, I was tasked with preparing the pre-trial filing (PTF) and representing M-L-R- in her individual hearing, which was originally scheduled to take place on October 1, 2013.  When I met M-L-R- in July, I did not have very much experience meeting with clients or discussing persecution.  My lack of experience was further compounded by the language barrier.  M-L-R- is a Spanish-speaker and, although I am also a native Spanish-speaker, I found it incredibly difficult to converse with M-L-R- about the terrible details of her persecution.  I had never had to discuss rape or abuse in Spanish.  When I did not know how to translate a word, I would gesture and she would fill in the gaps.  M-L-R- helped me to work through my own insecurities with the language as she worked through the details of her story.  This was only one of the many surprising challenges that I encountered in representing a client in Immigration Court for the first time.

I have had several immigration-related internships throughout my law school career.  Each of these internships introduced me to a different piece of the complex immigration system puzzle.  Although I attended individual hearings before this semester and was exposed to asylum law, I could not imagine the stress of preparing for a hearing.  Nor could I have anticipated the number of people and details that affect the outcome of an asylum claim.  In this case, I had the good fortune of working with an experienced professor, a knowledgeable staff attorney, and an excellent group of Student Attorneys.  I was able to rely on this support system in confronting and overcoming the many obstacles that led to my client’s victory.  I also benefitted from working with an extraordinarily helpful DHS trial attorney, Justin Leone.  Mr. Leone patiently discussed the intricacies of particular social group (PSG) claims and was prepared well in advance of the hearing to discuss the issues.

After I submitted the PTF two weeks before the original hearing date, I encountered yet another hurdle in the process of winning asylum.  I checked EOIR’s automated phone system to make sure of the hearing date and time.  The system reflected that the next hearing was a master calendar hearing scheduled for March 20, 2014, not an individual hearing scheduled for October 1, 2013.  I notified Professor Benitez and proceeded to contact the Arlington Immigration Court.  A legal assistant attempted to figure out why the date had been changed, but she could not find an answer in the computer system.  Judge Schmidt’s legal assistant, Glenda Britt, was extraordinary helpful in resolving this problem.  She checked with Judge Schmidt and found an open time slot on the Tuesday before Thanksgiving because the original time slot had already been filled.  Judge Schmidt helped to find a date and time that would accommodate my academic schedule.  This was a huge victory at the time and proved to be serendipitous as the federal government shut down on October 1, 2013.  There is no way of knowing how much longer M-L-R- would have had to wait for her day in court if the hearing had not been rescheduled.

In the days leading up to the rescheduled hearing, I felt overwhelmed by how little I knew about PSG case law.  Objectively speaking, there is almost no way of knowing every case in every jurisdiction that might affect the outcome of a claim; however, I could not help but feel insecure about my knowledge base.  To that end, mooting was very useful.  It helped me to realize that I could argue the law without specific case names and that, for this particular hearing, the case law was not as important as the facts.  In addition to my insecurity about case law, I worried that I had not reviewed the record sufficient times and that I would forget essential details. To help combat my fears, I prepared several documents to take to the hearing, including: a list of themes to guide my questioning, a case chart with key facts, a timeline, and an outline of my closing statement.  To further minimize the stress, I spent the weekend before the hearing unwinding with family.  I also made sure that I arrived in Crystal City over an hour before the hearing and encouraged M-L-R- to do the same.

At the hearing, I tried to keep the amount of paper on the table at a minimum to avoid cluttering my space and relying too much on the documents.  I kept my note-taking to a minimum to ensure that I maintained eye contact with M-L-R-.  I also attempted to smile often, however that proved difficult because I tend to maintain a serious expression when I am focused.  In lieu of smiling, I nodded as often as I could.  My voice was shaky when I began the direct examination, but it steadied as I progressed.  I felt most confident as I delivered my closing statement because it afforded me the opportunity to piece together my client’s testimony.

In preparing for this hearing, I learned that winning an asylum case is just as much about the facts as it is about the people presenting them and the people adjudicating them.  M-L-R- had particularly compelling facts; however, the gang element of her claim presented an obstacle.  With the help of the Clinic, she was able to submit a thorough PTF articulating the nuances of her PSG.  Judge Schmidt also carefully considered every detail of her claim and appreciated the fact that I was a Student Attorney.  His flexibility and patience allowed me to get through my questioning and my closing statement without significant interruptions.

It was very helpful to be able to moot in anticipation of the hearing several times and to have an experienced attorney, Rachael Petterson, serve as the Immigration Judge.  Mooting almost replicated the experience of appearing in court, but nothing came close to actually representing an individual in a high-stakes situation.  Despite the four months of preparation, I felt anxious.  When I walked through the gate in the courtroom, I did not know how I would react.  I realized that I work well under pressure, but that I have nervous habits.  As much as I tried, I could not stop leaning forward and I often clenched my hands.  I also had to remind myself that this was a real hearing and that I could not jump up and down when Judge Schmidt announced his decision.

Preparing for this hearing was very time-consuming.  In addition to compiling the PTF and mooting for the hearing, I had other academic and extracurricular commitments.  As I got closer to the hearing date, I had to budget my time carefully to keep up with my obligations.  I also had to forego taking on additional commitments to ensure that I devoted enough time to the hearing.  Ultimately, the hearing itself was not as stressful as the months of preparation.  I know that, when I become an attorney, I will not have the luxury of spending months on a case, but I am confident that my nerves will fade with time.  This client, this hearing, and this victory reassured me that there is no other type of law that I would rather practice than Immigration.  I am ecstatic to have been a part of the team that won M-L-R- the chance to sleep at night, and I would not trade the experience of preparing for her hearing for the world!