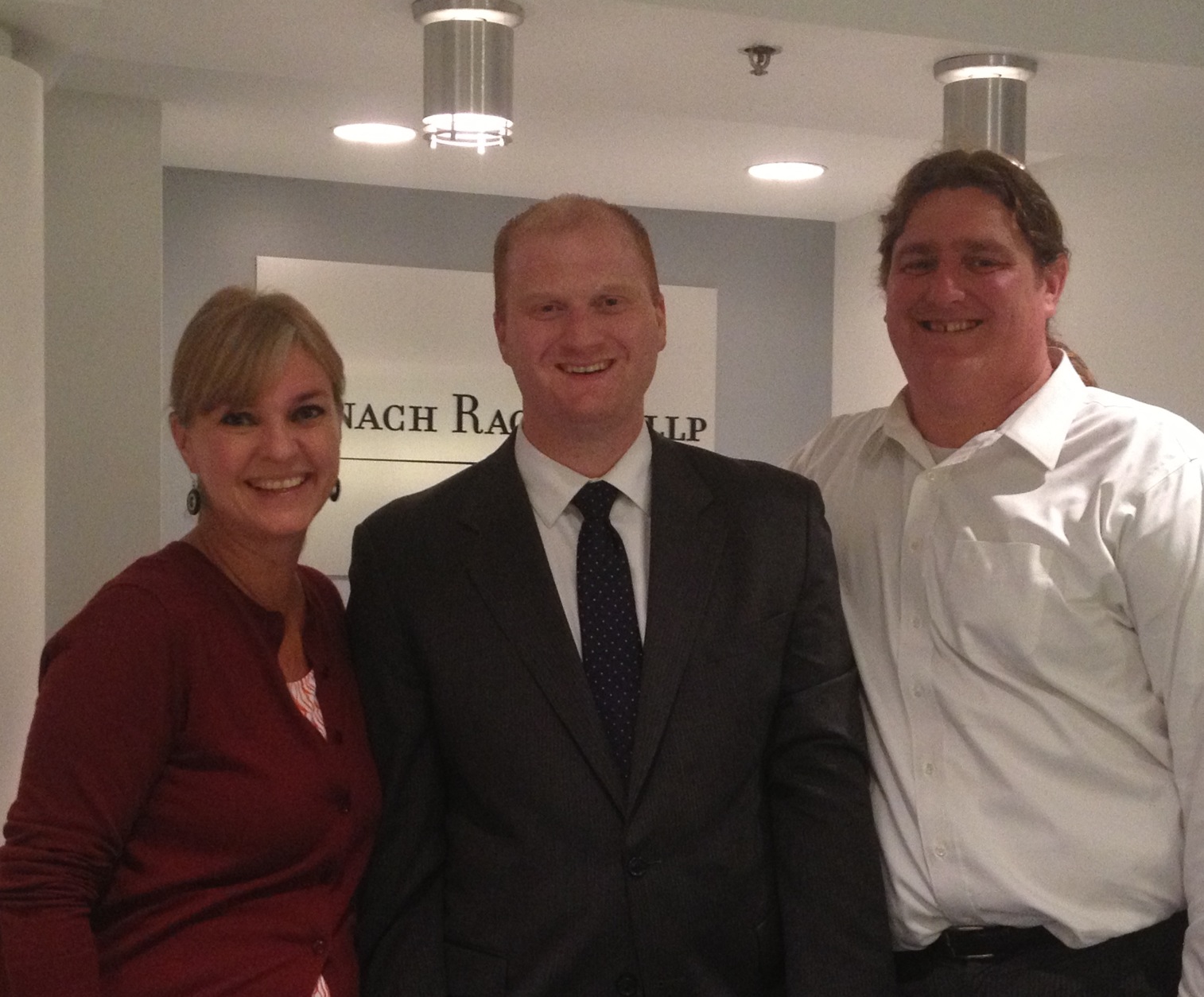 On Tuesday, August 20, approximately fifty people gathered at Benach Collopy’s offices in Washington, DC to meet and support a 27 year old candidate for Congress from the 4th District of Iowa.  Jim Mowrer, born on a farm in Boone Iowa, and a veteran of our war in Iraq, is challenging the incumbent Steve King for his seat in Congress.  Readers of this blog need no introduction to Steve King as he is a leader of the extreme anti-immigrant faction of American politics.  With little results to his name, King has emerged as a rallying point for the “deport ‘em all” crowd with his willingness to say things that are not only insulting but patently and verifiably false.

As this post is about Jim Mowrer and the talents that we hope he will take to Congress, we will not belabor King’s venality.  However, King has seemingly been driven mad by the prospect of immigration reform, and like a wounded beast, his attacks have grown more desperate and chaotic.  In the past month alone, King has managed to earn rebukes from the majority of his own party as well as his church.  Briefly, in the past six weeks, King has:

To list all the idiotic things that Steve King has done and said, as well as the many people who are growing tired of King’s obsession with immigration to the exclusion of the best interests of his constituents would be to devote too much space to this clown. Especially, when there is so much to say about Jim Mowrer.

For us, it started with the fact that Mowrer simply is “not Steve King.”  That alone is cause for support.  However, on getting to know the man, it is quickly apparent that Mowrer is a special individual who can make a positive impact on Congress and our public debate.  Mowrer radiates Iowa earnestness and optimism despite a challenging life. Born on a farm in Boone, Iowa, Mowrer lost his father at the age of seven to a farming accident.  His mother had to leave the farm for the town and, for a while, the Mowrers relied upon the social safety net.  Mowrer is careful to credit his mother’s hard work, but is not blind to the role that Social Security survivor benefits provided to his family at their moment of tragedy.  Mowrer went to Iraq with the Iowa National Guard.  Mowrer points to his service in Iraq as when the immigration issue hit home for him.  Mowrer describes fighting alongside permanent residents and the profound impression that their patriotism had for him.  To Mowrer, they were Americans as much as anyone else; they were his brothers in arms.  Mowrer movingly describes putting on citizenship ceremonies in Iraq for his fellow soldiers and the pride that they and he felt during those moments.

Mowrer returned from Iraq and went back to Iowa.  He immediately noticed the extreme Steve King fatigue that residents of the 4th District were experiencing.  He also noted their embarrassment with the Congressman’s antics.  Mowrer knew that King did not represent the people that he grew up among in the 4th District and that those people were suffering while King embarked on his diatribe against immigrants instead of focusing on issues that matter to Iowa.  For example, there is still no Farm Bill, an essential part of Iowa’s economy. 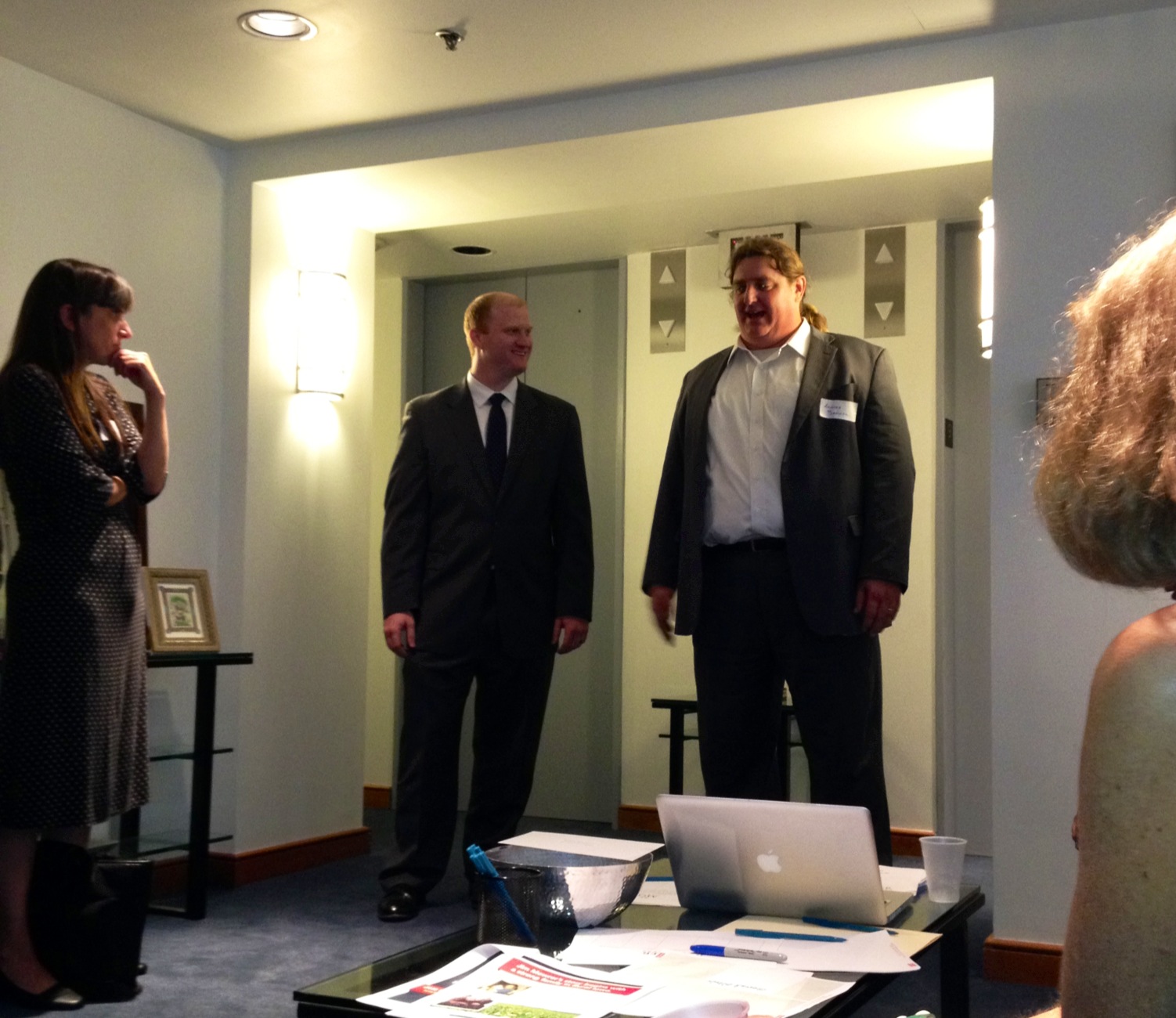 And we will be there all the way for Mowrer.  He has a chance to unseat King.  Defeating King would send a message to all those who follow him that the era of demonizing immigrants is over and the era of solutions and inclusion is here.  There is no room in the public debate for the hateful rhetorical bombs that King lobs.  His followers seldom seem to have the same enthusiastic disregard for the facts and the will of their constituents.  His defeat would send them running to the hills.  King was pushed to the limit in 2012 by a candidate who did not come from the district.  He does not have a war chest for this race and he has alienated his allies in the GOP.  But, most importantly, King is out of step with his constituents.  In a recent poll, the 4th District of Iowa overwhelmingly supported the principles in the Senate immigration bill, including the path to citizenship.

King’s deranged obsession seems to be catching up to him.

One thought on “Meet Jim Mowrer, Running Against Steve King of Iowa”