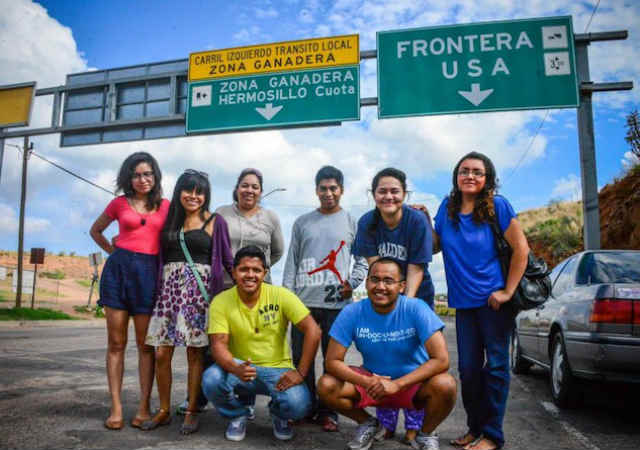 “Something is happening and you don’t know what it is, do you, Mr. Jones?”

It wasn’t until Tuesday night at a Bob Dylan concert that I saw the limits of my own vision. I had avoided taking a position on the efforts of the Dream 9.  As a lawyer, you hate to see people take actions that can jeopardize themselves.  As as someone who only vaguely knows, but cares deeply about, Lulu, Marco and Lizbeth, I was worried for them.  Worried that emotion, anger, frustration would lead to a lifetime of regret.  That may yet come to pass.

Moreover, it seemed to me that the reaction from DHS would be utterly predictable.  The requests for humanitarian parole would be denied.  They would be subjected to expedited removal and returned to Mexico within a few hours.  What good was done there?  Ah, but the Dream 9 had a trick up their sleeve.  They asked for asylum.  By asking for asylum, the Dream 9 would be detained by the CBP until they could have a hearing on whether they had a credible fear of persecution.  I have no idea whether they have meritorious claims for asylum, but I do know that an honest application, even if a losing application, is not a frivolous application.  The Dream 9 were then transferred to Eloy Detention Center in Arizona.  Eloy is one of the bigger detention centers in the U.S. where immigrants in removal proceedings are housed.  It is a contract facility by the Corrections Corporation of America, a company that believes so little in America that it makes extraordinary profits by detaining people under contract with the government.  Moreover, CCA lobbies hard for draconian and vindictive immigration laws that increase the use of detention in civil, and not criminal proceedings.  Lest a market opportunity be lost, CCA also loves laws like California’s three strikes law, which mandates lengthy jail time upon conviction of certain third offenses, no matter how minor.  In Eloy, the Dream 9 began to meet with other detainees to get their stories out, to shine a light in the darkest of places operated by the government and its privateers.  CCA reacted by placing them into solitary confinement, a practice increasingly viewed as torture, and limiting their access to telephones.  Of course, this is civil detention.  No crime has been committed here.  These are people who are trying to return home and trying to seek the U.S. government’s protection from a fear of harm in Mexico. 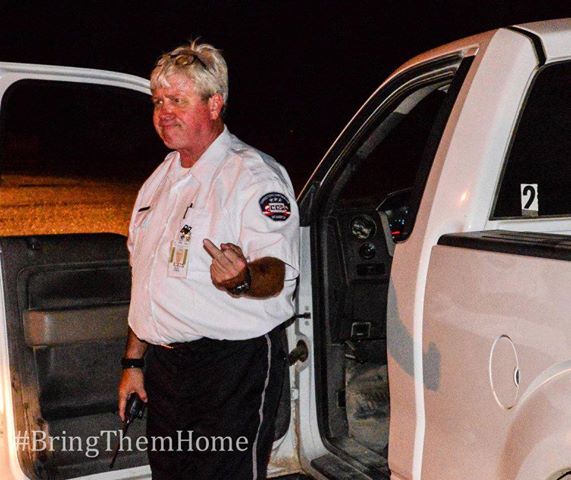 Whether the Dream 9 intended to or not, they have exposed the profound ugliness of the immigration detention complex.  Young adults who have lived their entire lives in the U.S. have sought to return home, claimed a fear of persecution in their home country and are being held in solitary confinement and deprived of communication with the outside world.  They are being held by a system that treats all immigrants like criminals and is fed by an unholy trinity of corporate greed, government subservience and Congressional posturing.  These are the laws.  They are unjust, immoral and corrupt.  The Dream 9 are  heroic for their willingness to endure these deprivations and for risking so much to expose this system.

“I was so much older then, I’m younger than that now.”

Some have said that the Dream 9 got what was coming to them.  That they knew that this would happen and, therefore, what is happening to them is just desserts.  This is the poking the tiger theory of political action.  However, I think that analogy is wrong.  More appropriate are the people who say that women who dress in provocative ways invited their sexual assaults.  This theory states that there is evil in the world and we are best not to court it.  This theory wrongly fails to focus on the acts of the one committing the wrong and focuses on the one set upon.  It is the rapist that deserves our scorn.  It is the detention industrial complex which deserves our recrimination. Very little has been gained in the world by not confronting evil.  It is only when evil is confronted head on that it wilts in front of the power of justice and right.

It has also been said that the Dream 9 are jeopardizing immigration reform.  As a supporter of the passage of S.744, I am very concerned about the fate of the bill.  While I am in favor of the bill, I am disappointed that it does little to address those problems that the Dream 9 have sought to expose.  The unholy alliance between private prison contractors and Congress, the revolving door between DHS and the privateers, and the use of detention in a civil system remain unchecked, and possibly even enhanced.  It is a flawed bill, but, on balance, worth supporting.  The Dream 9 are reminding us of the failures of our efforts to show the basic inhumanity of the detention system.  If the bill passes, many will think that immigration is “done.”  As long as the gulag archipelago exists, our systems required comprehensive reform and the Dream 9 remind us of that.

The Dream 9 have shown courage in seeking to expose the dark underbelly of immigration reform- what is actually done, what has been left out.  They fit within a great American tradition of civil disobedience against unjust laws.  The reaction of the power structure has been the same both times- excessive force.  It is not firehoses and German Shepherds today, but solitary confinement and prolonged detention.

I did not understand that this would be the outcome of these efforts, but as Bob sang “I was so much older then, I am younger than that now.”