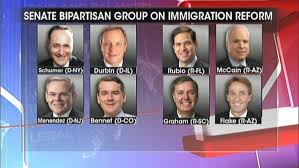 It has now been a couple of weeks since the Gang of Eight’s immigration bill was introduced.  We provided a brief rundown of its main points and we give it, overall, good grades.  It certainly is much better than the status quo, but less generous than we might have designed ourselves.  But they are in Congress and we are in court.  Now that it is out, what happens?

The bill has been assigned to the Senate Judiciary Committee.  The Judiciary Committee is chaired by Senator Patrick Leahy (D-VT).  Senator Leahy is a strong supporter of immigration reform and has acted quickly to move the legislation.  In the bill’s first weeks, he held hearings on the legislation.  Those hearings generated more heat than light and their contents have long been forgotten.  The bill moves ahead unscathed.  The bill also seems to have survived the terrorist bombings in Boston.  While immigration opponents seized on the foreign identities of the brothers Tsarnaev, the bill’s supporters were undaunted in arguing how the immigration bill would improve national security.  The ability of conservative members of the Gang of Eight to resist what must have been a strong impulse to jump ship gives us cause for optimism over the bill’s future.  Yesterday, the Heritage Foundation, a conservative think tank, released its most potent weapon against reform, a report in which they claim that reform will cost the American economy $6.3 trillion.  This salvo fell flat as Republicans, such as Paul Ryan, Grover Norquist, Haley Barbour and Jeff Flake  attacked the findings and methodologies of the Heritage report.  If the report was intended to weaken the resolve of Republicans pushing reform, it seems to have failed.  And, in a sign that the pro-immigrant crowd has gotten its political act together, the Immigration Policy Center was ready with its own report debunking the Heritage report.  In the 24 hour news cycle, speed is everything and IPC should be commended for its rapid response. 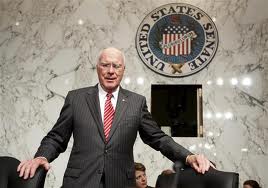 Senators were also given until 5PM today to file their amendments to the bill.  All amendments were posted online on the Senate Judiciary Committee page for all to see.  This transparency contrasts with the middle of the night passage of the Illegal Immigration Reform and Immigrant responsibility Act of 1996 (IIRIRA), the disastrous ’96 immigration bill that caused the vast majority of today’s immigration problems.  By showing the amendments, the Judiciary Committee has highlighted the differing opinions of Senators offering amendments to the bill.  For example, Senator Leahy seeks to add language that would require the recognition of same-sex marriages under the Immigration & Nationality Act.  His amendment has the virtue of simplicity.  It simply says that a marriage that is legal in any state shall be given full validity under U.S. immigration law.  To the contrary, Senator Grassley displays his intent to undermine reform.  Senator Grassley, who was one of the voices to suggest that the Boston bombing should put a halt to immigration reform, has submitted 77 amendments, as of 8PM Tuesday.   We chose one at random to get a sense of what Senator Grassley was up to.  We picked “Grassley39.”  This amendment would replace language in the bill that provides additional personnel to the immigration court system and replace it with a study to be conducted in the 18 months after passage of the law of the need for additional personnel.  The study would then be provided to the Judiciary Committee for consideration of additional legislation if necessary to relieve the understaffed immigration courts.  Of course, the overburdened immigration court system is well-documented and individuals routinely wait years for their hearing dates.  This backlog frustrates not only relief, Senator Grassley, but also removal.  If this amendment is representative of Senator Grassley’s contributions, it is clear for all that he is trying to undermine its needed reforms.  But we already knew that. 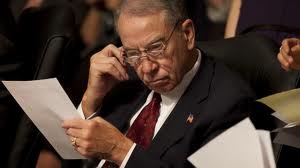 Senator Leahy has scheduled a “mark-up” of the legislation for this Thursday, May 9.  A mark-up is a meeting in which Senators debate, amend and re-write proposed legislation.  The Committee will address all of these amendments.  It is likely, given the Democratic advantage and the presence of two Gang of Eight Republicans, Jeff Flake (R-AZ) and Lindsey Graham (R-SC), that the legislation will emerge from the Judiciary Committee largely unscathed.  After the Judiciary Committee votes, after weeks in which they will have to consider the 300+ amendments, the bill will be brought to the Senate floor for a vote in the full Senate.  Expect major pyrotechnics there.

We will continue to update the progress of the bill as it moves through the Senate and the Congress.  Stay tuned.

3 thoughts on “What’s Happening with the Immigration Bill? What is a mark-up??”