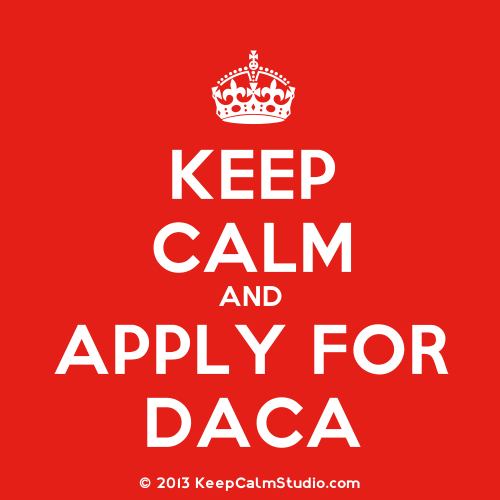 There is much hue and cry over a federal district court judge possibly blocking the Deferred Action for Childhood Arrivals (DACA) program.

In a lawsuit filed by Kansas Secretary of State, Kris Kobach, on behalf of ICE Union head, Christopher Crane, challenging the DACA program, Judge Reed O’Connor (Northern District of Texas) has indicated that he is likely to find that the program violates federal law.

Previously, Judge O’ Connor had ruled that agents with the Immigration and Customs Enforcement had standing to bring suit as the prosecutorial discretion directive urged them to violate federal law, and the agents believed that by not following the directive, they would be subject to discipline and other adverse employment consequences.

Beneficiaries and recent applicants for the deferred action program should rest assured that even if the lawsuit is successful, it should not invalidate or affect their ability to legally work and reside in the country.

First, the judge has not yet issued a preliminary injunction against DACA. In fact, the case presents complicated issues of whether the federal judge even has jurisdiction to hear the case as it appears to be an employment dispute. Judge O’Connor has therefore asked the parties–the Department of Justice and lawyers for the ICE Union–to brief whether the  Collective Bargaining Agreement and the CSRA bars the federal district court from hearing the case.

Second, even if Judge O’ Connor grants a preliminary injunction, there are additional questions as to whether the injunction only affects applications filed in the Northern District of Texas. Regardless of the answer, the Department of Justice is likely to file an appeal to the Fifth Circuit, and seek a stay of the injunction, such that the operation of the deferred action program continues smoothly.

Third, upon appeal, the Fifth Circuit is likely to uphold deferred action. Prosecutorial discretion has a long history in U.S. immigration law and agency practice, so Judge O’ Connor is simply wrong in stating that immigration laws mandate the detention of non-citizens present in the U.S. without legal status. In fact, Judge O’ Connor erroneously finds that DHS has prosecutorial discretion in the latter stages through the cancelling of removal proceedings but not in the initial stages, which hardly makes any sense.

In the meantime, the DACA program continues to be available to eligible undocumented youth. Prosecutorial discretion is also unlikely to go away and a federal judge in Northern Texas does not have the ability to undo decades of U.S. immigration law.

We will continue to document the efforts of bureaucrats within ICE to stymie intelligent immigration enforcement through insubordination, lawsuits, leaks, and more generic tactics like refusal to complete trainings and sick-outs.

The lesson of the day is hence, keep calm and keep applying for DACA.

One thought on “Will the Courts Invalidate Deferred Action?”