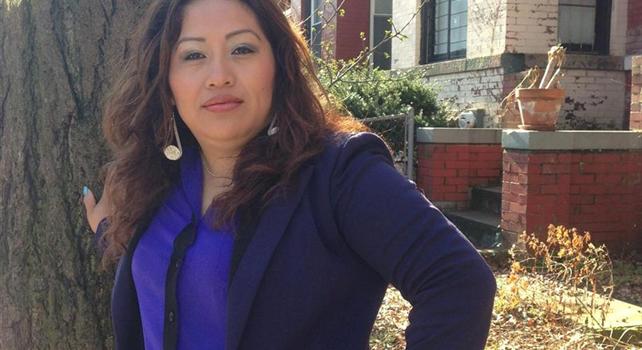 Eusebia Zamudio is our client of the month for April 2013.  Eusebia has had her residence for three years and has established herself as a successful independent businesswoman.  She recently was awarded a brand new Chevy Equinox from Mary Kay cosmetics for achieving outstanding sales goals.  But it wasn’t always this way for Eusebia.  For years, Eusebia lived in the U.S. as another undocumented immigrant from Mexico.  Her days were spent at menial jobs that often underpaid and overworked her.  And she had the added challenge of raising a seriously cystic fibrotic American citizen son, Ramiro.  Ramiro can’t walk or perform any basic functions and Eusebia cared for him while her husband worked 70 hours a week in construction.

Eusebia came to see us and agreed to take the risk of being placed into removal proceedings so she could apply for cancellation of removal.  Cancellation of removal requires an individual to be in the U.S. for ten years, have good moral character, and demonstrate that her removal would cause exceptional and extremely unusual hardship to a U.S. citizen child.  The payoff for success is huge- permanent residence.  A loss would mean deportation.  But, like the day Eusebia set out on foot for el norte in search of a better life, she was willing to risk it all for the American Dream.  Sometime later, in an immigration court, Immigration Judge John Bryant told Eusebia how honored he was to grant Eusebia residence and how inspired he was by her devotion to her children.  And, last month, she went on stage at a Mary Kay convention to receive the keys to her Chevy.  We know that Eusebia has her eye on the Cadillac next time around and she will get it.