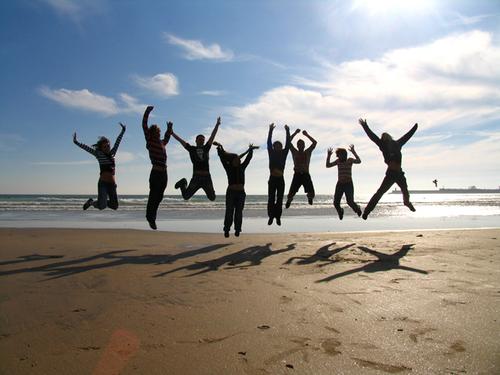 We are now days away from the launch of the provisional waiver process, a White House initiative that will permit immediate relatives of U.S. citizens to stay in the country while immigration officials process their waivers for the unlawful presence bars. U.S. Citizenship and Immigration Services (USCIS) will start accepting applications on March 4, and will release Form I-601A and its accompanying instructions either today or on Monday. We’ve talked about the provisional waiver process before (here and here), but thought we should again answer some frequently asked questions.

What’s the point of provisional waivers?

Existing immigration laws place many undocumented immigrants in a Catch-22. Unlike visa overstayers, those who entered without inspection must return home to obtain an immigrant visa. As soon as they depart the country, however, those who were unlawfully present for more than six months become inadmissible for either three or ten years. While such noncitizens can seek a waiver of inadmissibility, they are currently required to apply from abroad—resulting in separation from their families for many months if the waivers are approved, and for up to a decade if they are denied. As the name suggests, provisional waivers will allow such noncitizens to seek waiver before leaving the United States, reducing the period of separation to potentially just a few weeks.

Why are provisional waivers only available to immediate relatives of U.S. citizens?

Despite vociferous requests from immigrant advocates, USCIS limited eligibility for provisional waivers to those who are immediate relatives (i.e. parents, spouses, and children) of U.S. citizens. In the notice posted in the Federal Register, the agency gave two reasons. First, unlike immigrant visas in the family- and employment-based preference categories, no limits exist on the number that can be awarded to immediate relatives of U.S. citizens. And second, opening the process only to U.S. citizens could provide an incentive for eligible LPRs to naturalize.

Should I apply for a provisional waiver or wait for the possible passage of comprehensive immigration reform?

Funny you should ask, since we devoted a previous post to this very topic. In short, whereas comprehensive immigration reform is a possibility, the provisional waiver process is a reality. Qualified applicants could become permanent residents in a matter of months not years, as could be the case with comprehensive immigration reform. Moreover, while the cost of provisional waiver process is not cheap ($585 for Form I-601A, $85 for biometrics, plus costs associated with obtaining an immigrant visa from a foreign consulate), they could still be less than the fines and fees required under a comprehensive bill.

What qualifies as “extreme hardship”?

We also discussed this topic in a previous post. For hardship to qualify as “extreme,” it must be more severe than that experienced any time family members are forcibly separated. Among other factors, adjudicators will consider: (1) whether applicants have family ties in their home country; (2) the emotional and psychological impact of separation; (3) the living standards and societal conditions in the country of origin; (4) the financial and professional impact of separation on the U.S. citizen relative; (5) any health conditions affecting the applicant; and (6) the U.S. citizen’s age and length of residence in the United States.

Who must suffer “extreme hardship” to qualify for a provisional waiver?

Under federal law, waivers may only be granted based on hardship that would be suffered by the spouse and/or parent of the applicant, not the children. Presumably, Congress believed that allowing undocumented immigrants to receive unlawful presence waivers based on the hardship facing their U.S. citizen children would make it too “easy” for them to avoid the three- and ten-year bars. Perhaps this law will be changed if and when Congress does enact comprehensive immigration reform. But for now, the law is the law.

What if I have a criminal conviction?

This is a tricky one. Under federal regulations, provisional waivers are only available to overcome the grounds of inadmissibility related to unlawful presence. Noncitizens who are inadmissible for additional reasons—including a criminal conviction—cannot file Form I-601A. The answer, then, depends on whether USCIS has “reason to believe” your criminal conviction makes you inadmissible on some other ground. “Reason to believe” not a high threshold from a legal standpoint, and is certainly lower than the standard the government would need to satisfy in court. But if there’s any reasonable possibility that your conviction would independently make you inadmissible, USCIS would likely make you apply through the existing waiver process using Form I-601.

What if I’m in removal proceedings?

To qualify for a provisional waiver, noncitizens who are in removal proceedings must first successfully move for the proceedings to be administratively closed. If the I-601A is granted, such noncitizens must then move for termination of proceedings before leaving the country, lest they be considered to have “self-deported” during the pendency of proceedings.

What if I’m subject to a final order of removal?

If you have already filed Form I-601A, we have some bad news for you. You’ve been duped. USCIS will not accept provisional waivers before March 4, period.