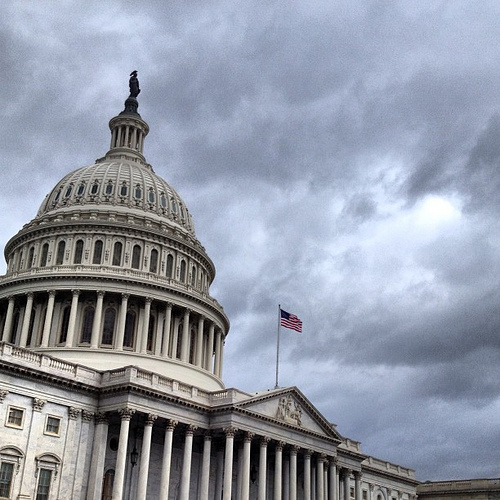 In truth, while the 1986 law was indeed flawed (more on that below), a far more disastrous piece of legislation was the Illegal Immigration Reform and Immigrant Responsibility Act of 1996. Part of the GOP’s 1994 Contract with America and signed by President Clinton just weeks before his re-election, the measure sought to “get tough” on immigrants by eliminating common forms of relief from removal, permitting deportation without a hearing before a judge in many cases, and imposing draconian penalties on any noncitizen who was unlawfully present for more than six months.

Yet far from occasioning a reduction in the illegal immigration, the 1996 Act was followed by a rapid rise in the country’s undocumented population. Indeed, while precise numbers are impossible to calculate, a substantial percentage of today’s undocumented immigrants would possess legal status if not for IIRIRA. In weighing various proposals for immigration reform, federal lawmakers would thus be wise to avoid the mistakes of 1996 in addition to those of 1986.

Yet rather than dissuade noncitizens from remaining illegally in the country, the law had largely the opposite effect. Caught in a cruel Catch-22, many undocumented immigrants who were legally eligible for permanent residence chose not to pick up a visa in their home countries for fear of triggering the bars. While Congress allowed such noncitizens to obtain waivers in cases of “extreme hardship,” applicants were—until the recent creation of a provisional waiver by the Obama administration—required to apply for such waivers from abroad, leaving them stranded for ten years if their applications were denied.

In hopes of deterring previously deported immigrants from illegally re-entering the country, the 1996 Act created a new process known as “reinstatement” of removal. The provision gave immigration authorities the ability to remove any immigrant who illegally re-entered the country without a hearing before an immigration judge—regardless of whether the individual had subsequently become eligible for a green card, asylum, or any other form of immigration relief. (The reinstatement process also explains how Maria Arreola, the mother of DREAMer Erika Andiola, was en route to Mexico less than 24 hours after being arrested by ICE.)

By any measure, the reinstatement provision has dissuaded few deported immigrants from illegally re-entering the country. According to the Department of Homeland Security, the number of reinstated removal orders has increased almost every year over the past decade, and accounted for a record 130,000 or the nearly 400,000 removals that occurred in fiscal 2011. The reinstatement provision has also prevented countless immigrants from obtaining forms of immigration relief for which they subsequently became eligible, including permanent residence based on a marriage to a U.S. citizen. Thus, rather than deter deported immigrants from illegally re-entering the country, the principal effect of the reinstatement provision has simply been to drive such noncitizens further underground.

Elimination of suspension of deportation

A further (but not final) flaw of the 1996 Act was the elimination of a common form of relief from removal known as “suspension of deportation.” Prior to IIRIRA, undocumented immigrants placed in deportation proceedings could avoid removal by demonstrating that they possessed good moral character; that they were continuously present in the United States for at least seven years; and that their removal would could extreme hardship to themselves or a spouse, parent, or child that was U.S. citizen or permanent resident.

In 1996, Congress eliminated this provision from the INA and replaced it a form of relief called “cancellation of removal.” Under this new provision, undocumented immigrants could only qualify for relief by showing, among other things, that they were continuously present for the previous ten years, and that their removal would cause the much higher standard of “exceptional and extremely unusual” hardship to a U.S. citizen or permanent resident spouse, parent, or child—but not to themselves.

As with the other punitive provisions mentioned above, the elimination of suspension dissuaded few if any noncitizens from entering the country illegally. To the contrary, abolishing the provision has likely encouraged many undocumented immigrants who would have previously qualified for relief to stay in the shadows. Indeed, it’s entirely possible that if suspension of deportation still existed, ICE would have had no need to conduct a nationwide review of more than 300,000 pending removal proceedings for cases meriting favorable exercises of prosecutorial discretion.

Of course, none of this is to say the 1986 Act shares no responsibility for our current immigration problems. It does. However, the key drawback of the 1986 bill was not that it was too “soft” on immigration enforcement, but that it failed to allocate a sufficient number of visas to meet the rising demand for immigrant workers. Indeed, even if the current Congress provides a pathway to citizenship for all 11 million undocumented immigrants, nothing will be solved without modernizing the immigration system to accommodate current and future demand.

Taken together, the lessons of the immigration laws passed in 1986 and 1996 are clear. Without a system that accommodates market demand for immigrant workers, many noncitizens will feel no choice but to enter the country illegally. And without a practical way to obtain green cards for which they are legally eligible, undocumented immigrants are more likely to be trapped inside the country (or driven further into the shadows) as a result of punitive immigration laws than dissuaded from illegally entering or remaining in the first place.