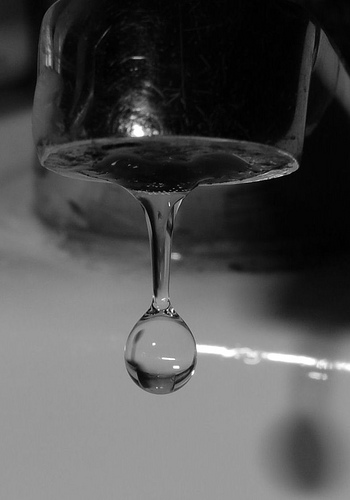 It took only three years longer than promised—and a leak that may or may not have been intentional—but the White House has finally produced a legislative proposal to fix the immigration system. Dubbed the Comprehensive Immigration Reform Act of 2013, the bill would create a pathway to citizenship for most of the 11 million removable noncitizens in the country, mandate the eventual use of E-Verify for most employers, and dull many of the draconian provisions enacted in the 1996 immigration bill. With the leaked portions of the bill totaling more than 200 pages, there’s a lot to chew on. Today, we’ll look at the part of the White House bill relating to legalizing the undocumented, and tomorrow we’ll review the enforcement-related sections.

As has by now been widely reported, the bill would allow qualified applicants to first obtain “Lawful Prospective Immigrant” status and later adjust to lawful permanent resident (a “green card” or LPR) status, a prerequisite for foreign nationals wanting to become U.S. citizens. To qualify for LPI status, noncitizens would have to be physically present in the United States on the day the bill was introduced and not have been convicted of a number of specified criminal offenses. Noncitizens could apply for LPI status if they were in removal proceedings, were under an outstanding order of removal, or had illegally re-entered the country after a prior removal. Applicants for LPI status could generally not be detained or removed, and would not be considered “unlawfully present,” while their applications were pending.

Qualified immigrants would initially be granted LPI status for a period of four years, during which time they would be authorized to work and travel abroad for up to six months, subject to renewal. Noncitizens with LPI status could also petition for their spouses and children to receive the same status, even if they are living overseas. Interestingly, the White House bill does not specifically state that LPI status could be accorded based on same-sex marriages. However, it incorporates the standing definition of “spouse” in Section 101(a)(35) of the INA, which is written in gender-neutral terms. As the bill is written, it is thus unclear (perhaps intentionally so) what, if any, protection same-sex couples would receive.

To qualify for adjustment, LPIs would have to satisfy any outstanding federal tax liability, be actively studying English and U.S. history, and not have left the country for more than six months while in LPI status. Applicants aged 21 or older when the bill was introduced would have to pay a $500 penalty to adjust status in addition to any processing fees. The government could not grant any adjustment applications until either eight years after the date of the law’s enactment, or 30 days after all immigrant visas became available for family- and employment-based petitions filed before the date of enactment, whichever came first (but no sooner than six years after LPI status was first granted). The only exception would be for noncitizens who were under 16 when they initially entered the country, were enrolled or had obtained a high school or college degree when they applied for LPI status, and had completed two years of college or the military when they applied for LPR status. (Or in other words, those who would qualify under the DREAM Act.)

For noncitizens whose applications for LPI or LPR status were denied, the bill would require the creation of an administrative body housed within the Department of Homeland Security to hear appeals. Notices of appeal would have to be filed within 60 days of the denial, and stays of removal would generally be granted while appeals are pending. If their administrative appeals were denied, prospective LPIs and LPRs could file a challenge with a federal district court, which, in turn, could uphold or reverse DHS’ decision or remand the case back to executive officials for consideration of additional evidence. Importantly, federal judges would also have authority to issue stays of removal, and immigrants would not be considered “unlawfully present” while their appeals—administrative or judicial—were pending.

Protections for Employers of Prospective LPIs

Finally, the White House bill contains a number of protections for employers of workers seeking to legalize their status. For example, employers who learn of employees with pending LPI applications would not violate the law by continuing to employ them while their applications are pending. The bill would also prevent genuine employment records submitted in support of an application for LPI or LPR status from being used against the employer in a civil investigation or criminal prosecution. These provisions may well have been added due to the DACA program, which lead to concerns among some employers of liability or retaliation if their workers used employment records to demonstrate the extent of their presence in the country.

Comparison to “Gang of Eight” Framework

While the bipartisan group of Senators known as the “Gang of Eight” has yet to propose actual legislation, it’s almost certain that the path to citizenship in the White House bill is more realistic and immigrant-friendly. Unlike the Senate framework, for instance, the White House would not make the issuance of green cards contingent on satisfying an unknown set of security “triggers.” Based on statements from Marco Rubio, the Senate plan might also require the undocumented to rely on a third party (such as a qualified employer or family member) to sponsor them for a green card, which could potentially leave millions without a true path to citizenship. While we will wait to see an actual bill before expressing final judgment on the Senate plan, the White House has set a high bar.

One thought on “The Leaked White House Immigration Bill: the Legalization Component”