This post is published with the permission of the American Immigration Lawyers Association.  It appears in AILA’s January/ February 2013 issue of AILA Voice:  http://ailahub.aila.org/i/112027/47. 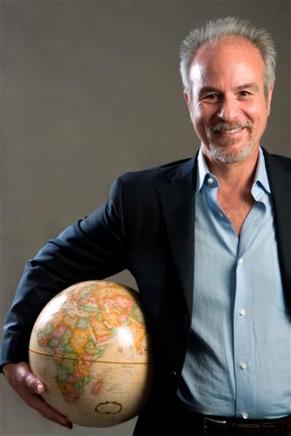 I knew what I had to do.  The Judge had just chewed me out for losing my cool with a clerk in the court over scheduling a case.  I was wrong to have done it, but I was under a tight deadline. A child would age-out if this case was not scheduled and he would be separated from his parents and siblings.  I trudged down to Michael Maggio’s office and confessed what had happened.  I told him how I was sorry for damaging the reputation of the firm.  Michael patiently listened with his arched eyebrow and I waited for the hammer to fall.  He broke into a wide smile and said “Forget* them, you’re dealing with a kid’s life here!”  Michael knew of my frustration in getting the case on the docket and reminded me that our client, a kid, was depending upon me to get something done.  That was pure Michael- a kid is depending upon you.  You control the fate of that kid.  Does he attend the University of Maryland Engineering School or does he get returned to Ecuador where he had not lived in over a decade?  Michael was ready to give so much to make sure that that kid got his chance.

Michael was one of the generation of immigration lawyers who transformed immigration law from a seedy backwater to matters worthy of serious legal consideration.  He was one of those lawyers that everyone knows by just their first name- Denyse, Ira, Marc, Ted, Warren and Ron. Michael was a relentless advocate, but he did it with a sense of humanity and grace.  Michael understood people at every level and his ability to identify a wrong was legendary.  Michael rarely looked at books in his consultations.  He listened to the client and, if he decided that there had been injustice, Michael then figured out how to fix it.  Our job was to make Michael’s vision for a case come to life, to make the law what it should be.  Michael listened and led with his heart and we followed.

It has been five years since we lost Michael.  For about four of those years, I swore I saw him in Washington’s Dupont Circle at the farmer’s market, on his way to tennis with Jose, or on the street in Philadelphia, where I bumped into him randomly.  I saw him in the many restaurants where the entire staff owed their lives in America to Michael and Michael soaked in his friends, fine pasta and delicious wine.  Where Michael would address the busboys in his gringo Spanish.  Always trying to make a connection. Those visions do not happen too much anymore, but I hear him all the time in my head, “a kid is depending upon you.”  Listen and care, do more, work harder. And don’t forget to eat good food and drink good wine.

One thought on “Remembering Michael Maggio”