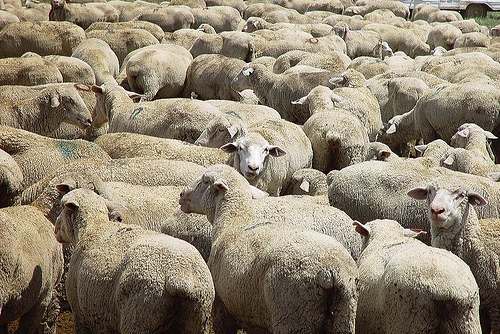 Media coverage of the leaked White House immigration bill has mostly focused on its proposed path to citizenship for the nation’s undocumented immigrants. Little if any ink has been spilled on Title I of the bill, which, while labeled “Enforcement,” contains many provisions that will be pleasing to immigrants and their attorneys. The enforcement provisions in some respects are a sheep in wolf’s clothing, as they would lead to the initiation of fewer removal proceedings based on minor criminal convictions, eliminate many bars to relief for noncitizens facing removal, and give immigration judges authority to appoint counsel for unrepresented respondents at government expense.

Under Section 117 of the bill, all state and local measures would be “preempted” by federal law to the extent they penalized individuals on account of their immigration status or required people to disclose their immigration status to receive goods or services. The provision would thus make explicit what the Supreme Court made implicit in Arizona v. United States: namely, that the federal government has exclusive responsibility for making and enforcing the immigration laws. If enacted, the provision might not prevent states from passing “show me your papers” laws. But it would prevent them from making noncitizens subject to prosecution in local court for violations of federal immigration laws, or requiring them to demonstrate the legality of their presence to do things like rent an apartment.

Arriving aliens with a credible fear of persecution

Under Section 121 of the bill, DHS would no longer be required to detain persons who arrive on our  shores and demonstrate during a preliminary interview that they have a credible fear of persecution. Instead, immigration officers would be authorized to grant bond pending a subsequent appearance before an immigration judge. While such noncitizens would not be entitled to employment authorization on the basis of their release, they would not have to suffer the indignity of being locked in detention for the duration of their legal proceedings.

Section 122 of the bill would make a number of important changes to the provision of the INA concerning “aggravated felonies.” Under current law, convictions for many offenses—including theft—are considered aggravated felonies if the individual was sentenced to more than one year in prison. The White House bill would raise the threshold for certain offenses to five years, ensuring that only legitimately serious criminals could be charged as aggravated felons. The bill would also raise threshold for certain fraud crimes from $10,000 to $100,000 to be considered an aggravated felony. If the White House bill became law, Rosana Chaidez, who was on the losing side of yesterday’s Supreme Court decision, could not have been charged with an “aggravated felony” based on her minor role in the insurance fraud scheme in which she participated.

Section 123 of the bill would amend the definition of “conviction” in the INA in three important respects. First, noncitizens could not become removable on the basis of a criminal conviction until they had exhausted or waived their direct appeals. Second, it would prevent noncitizens from being deported on the basis of convictions that have since been dismissed, expunged, or vacated for any reason—effectively overruling the Board’s decision in Matter of Pickering. And third, it would only permit immigration courts to consider the period of a sentence for which actual imprisonment was imposed, rather than parts that were “suspended.” In combination, these provisions would go a long way toward preventing noncitizens from being deported on the basis of convictions for which they served no time in prison or were subsequently vacated or overturned on appeal.

As we explained earlier this month, the immigration bill passed in 1996 gutted a common form of relief called “suspension of deportation,” which allowed undocumented immigrants to avoid removal by demonstrating that they possessed good moral character; that they were continuously present in the United States for at least seven years; and that their removal would impose extreme hardship to themselves or a spouse, parent, or child that was U.S. citizen or permanent resident. The 1996 Act made this type of relief much harder to obtain, increasing the residency requirement to ten years, raising the hardship standard to “exceptional and extremely unusual,” and requiring the hardship to befall a U.S. citizen or LPR immediate relative rather than the potential deportee himself.

Section 124 of the White House bill would partially restore the pre-1996 regime, allowing unauthorized immigrants to obtain what is now called “cancellation of removal” if their deportation would cause “extreme” hardship to either themselves or a U.S. citizen or LPR immediate relative. In fact, if this provision is enacted, some undocumented immigrants might actually prefer to apply for this form of relief in removal proceedings, which would immediately give them a green card, rather than wait for up to eight years as a “Lawful Prospective Immigrant” (LPI). Meanwhile, the White House bill would also modify the cancellation requirements for lawful permanent residents, making them ineligible on account of an aggravated felony conviction only if they were sentenced to more than five years in prison.

Although it unfortunately does not call for the creation of an Article I system to handle removal proceedings, the White House bill does propose a number of needed changes for the immigration courts. Under Section 156 of the bill, immigration judges would gain authority to levy fines against recalcitrant ICE attorneys, who are notorious for arriving to hearings underprepared (if not totally unprepared). Section 156 would also require the issuance of regulations to “enhance accountability” in removal proceedings. Though vague, the provision could pave the way for regulations establishing formal rules of evidence and other changes to make immigration courts operate more like criminal courts than traffic courts.

Meanwhile, Section 158 of the bill would—for the first time—permit immigration judges to appoint counsel for unrepresented respondents in removal proceedings at government expense. It’s not clear what standards immigration judges would use in deciding whether to appoint counsel, and the ultimate decision would remain in their sole and unreviewable discretion—meaning the failure to do so could not be challenged in federal court. But if enacted, the provision could help level the playing field in removal proceedings, where unrepresented respondents often don’t stand a chance.

Finally, the White House bill would provide much needed clarity on the responsibilities of immigration judges to noncitizens with mental disabilities. Section 162 of the bill would authorize judges to order psychiatric and psychological evaluations that would have to be conducted by non-DHS personnel; would require them to appoint counsel for unrepresented noncitizens who are deemed incompetent; and would require them to terminate proceedings (without prejudice to the government) if hearings could not be conducted in a constitutionally fair manner. These measures, combined with the issuance of further regulations, would effectively make treatment of the mentally incompetent in immigration court more similar to the treatment they receive in criminal court.

Although they would not entirely fix the problems created in 1996, the aforementioned provisions would make many needed repairs to an enforcement system that is far more harsh than most Americans realize. States would have little leeway to enact their own immigration laws; long-time green card holders would no longer face virtually automatic removal on account of minor criminal convictions resulting in no actual prison time; and removal proceedings might finally offer meaningful procedural protections for those facing deportation. Is the White House bill perfect? Of course not. But if enacted by Congress, it would be a giant leap in the right direction.

2 thoughts on “A Sheep in Wolf’s Clothing: the Enforcement Provisions of the White House Immigration Bill”