On December 23, 1849, Fyodor Dostoevsky, who went on to become Russia’s greatest novelist, and several other members of the so-called Petrachevsky Circle were taken out into the courtyard of the Semonyonov Prison in St. Petersburg.  The tsarist government had sentenced them to death.  Men were blindfolded and tied to posts.  The firing squad was locked and loaded when a cart with a reprieve from the Tsar himself commuted the sentence to exile and hard labor.  The execution, minutes away from proceeding, was stopped. 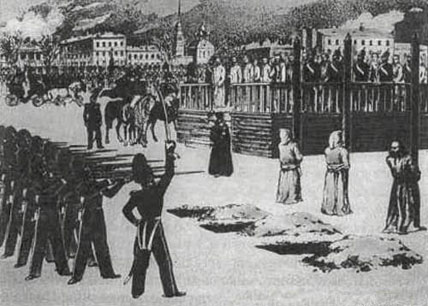 This morning, around 10:15, I received a phone call from Immigration & Customs enforcement (ICE) informing me that our request to stay the removal of our client, Sam from Zambia, had been granted and that ICE agents had removed him from a plane bound to depart the U.S. at 10:30.  Like Dostoevsky, Sam was all set and ready to go.  Seat beat buckled.  Tray in upright and locked position and all luggage safely stowed.  And while the stakes were much higher for Dostoyevsky, it is not hyperbole to wonder how Sam would survive in Zambia, an extraordinarily poor country where he has not lived in twenty years and has no family.  However, ICE granted the stay at the last minute and Sam was removed from the airplane.

This is the second time I have been lucky enough to have the remarkable emotional experience of snatching victory from the jaws of defeat by having a person removed from an airplane bound to deliver them to an unknown fate in a country that has become foreign to them.  Years ago, over the Christmas holidays, I, and FOBR Nadeen Aljijakli, worked day and night to stop the removal of our client to Haiti.  They flew her out of Baltimore to Miami, where she was to board a plane to Port-au-Prince,a  charter full of deportees.  The Board of Immigration Appeals granted our stay while the plane was en route to Miami.  She was taken onto the plane in Miami when the ICE agents got the word of the stay.  They came onto the plane and pulled her off.  As she struggled to get her bags, the entire plane, full of people living through the tragedy of their own deportation to Haiti, cheered for the one lady who avoided their fate.  I wish I could have seen and heard that.

I knew that they were planning on removing Sam today.  We had been on it for two days.  He had a final removal order, but, as the victim of a serious crime, potentially qualified for a U visa, available to foreign nationals who have been the victim of a serious crime and were helpful in the investigation and/or prosecution of that offense.  A prerequisite for seeking a U visa is obtaining a signed certification from the law enforcement agency that investigated or prosecuted the crime.  Obtaining that certification is often a challenge as many agencies do not have established or easily ascertainable policies on signing off on certifications.  They take weeks or months.  However, due to the presence of some outstanding people in the Baltimore County Police Department, we got one turned around in an hour and sent it to ICE.  That was about 4:30 yesterday and it appears that the decisionmakers on the stay had gone for the day.

Friday morning is pancake morning in the Benach household.  By 7:30 AM, we had pancakes on the table and I was on the phone with ICE.  I knew Sam was either at or on the way to the airport.  At that point, the pancake breakfast turned into a war room.  My oldest Paloma, was writing down phone numbers as I barked them out from the phone.  Teddy, the youngest, kept me supplied with coffee.  And Alex, sensed opportunity and ate everyone’s pancakes.  Not only were the Benach children conscripted into helping Sam from Zambia, but I abused my colleagues in the immigration bar.  I love being a part of this community of lawyers who care about their clients and will help you at the drop of a hat.   So many people made this happen.  When I needed to find someone  in Baltimore County, Paula Xinis of the amazing Baltimore firm of Murphy, Falcon & Murphy got a partner there to make calls to people he knew on behalf of a young man he never met.  This morning, when I needed phone numbers and emails, FOBRs Sandra Grossman, Jay Marks and Michelle Mendez of Catholic Charities rode to my rescue.  Let me just say that this is not the first time that Sandra Grossman delivered for me in a huge way.  Jay helped me keep a sense of humor with his infectious laugh.  And, for Michelle, I will root for the Ravens this weekend in your honor.  Now, that is no biggie as they are playing the Patriots, but I will be loud for the Ravens 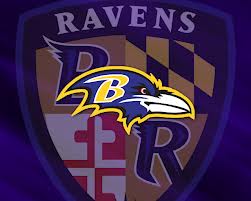 Finally, the stay was filed yesterday only because BR’s own Liana Montecinos is charming and delightful and she convinced the ICE officials to take the application even after the official cashier had left for the day.

Sam’s fight is not won.  So much of immigration is living to fight another day.  But now, with the gift of time, we can do for Sam what he needs and give him a chance to stay.

4 thoughts on “What do Dostoyevsky and Sam from Zambia have in common?”