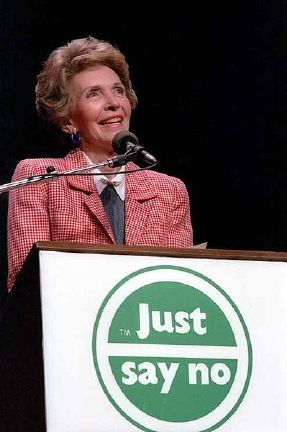 And make no mistake- these steps taken by the administration have made the immigration system better.  Critics can cite the low numbers of cases where prosecutorial discretion has been applied and the individual instances where prosecutorial discretion has been refused where it seems like the individual fit within the criteria.  The systems have not been perfect, but they are improved.  If one case was terminated as a result of memoranda issued in the past year, a benefit was received.  In the past, a request for the exercise of prosecutorial discretion was a last ditch and usually fruitless effort reserved for the saddest of cases.  It is now a routine part of representation and utilized successfully in cases where the law provides no options for relief.

In addition, I have seen the exercise of prosecutorial discretion bleed into areas other than the termination of cases.  I have seen the government agree to join motions to reopen to allow the spouses of citizens to adjust their status in the U.S.  This was a rarity before.  I won’t go so far as to say that they are regularly joined these days, but I have had more joined in the past year than in the previous five years.  DACA has been an amazing experience. Watching all of these kids get a chance to go to college or put their education to work has been an inspiration.  The country has benefited tremendously from the energy and vigor they have brought to our communities when the smallest of welcome was extended to them.

Finally, the provisional waiver will allow families to regularize their status without the risk of long term separation.  Thousands of families have refused to risk separation and have thus continued with one partner without status fearful of being stopped by the police and unable to find meaningful work.  The provisional waiver process should allow thousands of undocumented immigrants to get their residence properly.

The President has done this in the face of a hostile Congress colluding with an insubordinate agency.  ICE bureaucrats have been in open rebellion against liberalized immigration policies since the beginning of the President’s terms.  They have teamed with their Congressional supporters to accuse the administration of everything from allowing jihadis to roam free to making cynical ploys for Latino votes.  Luckily, these rear-guard actions have failed.  They are the death shrieks of a disappearing order, where once can say of Joe Arpaio, Russel Pearce, Kris Kobach, and Steve King, as Bob Dylan once did, “something is happening here, but you don’t know what it is.”

While there are countless other administrative actions that the administration can take, another step that would further demonstrate the administration’s willingness to place family unity and sensible immigration policy over “the way things have always been,” would be for the administration to forgo Supreme Court review in de Osorio v. Mayorkas, the decision of the 9th Circuit Court of Appeals that allows the unmarried sons and daughters of permanent residents who aged out of eligibility under petitions for their parents to receive credit for the time they waited under their parents’ petitions.  In de Osorio, the 9th Circuit joined the 5th Circuit in Khalid v. Holder rejecting the Board of Immigration Appeals decision in Matter of Wang.  Both Courts of Appeals decided that the plain language of the  Child Status Protection Act allowed kids who aged-0ut of eligibility under petitions filed for their parents to recapture the time that they waited when their parents, now permanent residents, filed petitions for them.  In Matter of Wang, the Board decided that the kids could not recapture that time and would have to go to the end of the line.  This resulted in what one brief in de Osorio calculated would be a 115 year wait for an unmarried adult son or daughter of a Mexican citizen!  The de Osorio decision has the potential to help ensure family unity for thousands of families where parents and minor children have received residence, but one or two older children aged-out.

Of course, the government does not have to file a petition for a writ of certiorari.  They did not seek certiorari in Khalid.  Moreover, WHY??  Why appeal this?  What is the possible compelling interest for the government?  The de Osorio decision allows the sons and daughters of permanent residents who waited in line with their parents only to lose their eligibility due to lengthy delays in the immigration process to rejoin their families.  How does the government have an interest in avoiding that happy result.  Immigration law has always been anchored in the concept of family unity?  Prosecutorial discretion, the provisional waiver and, to a lesser extent, DACA, reflect principles of family unity.  By letting the de Osorio decision stand, the administration can once again signal its firm alliance with immigrant families.

As one former President said, on a petition for cert, Mr. President, “Just say no!“