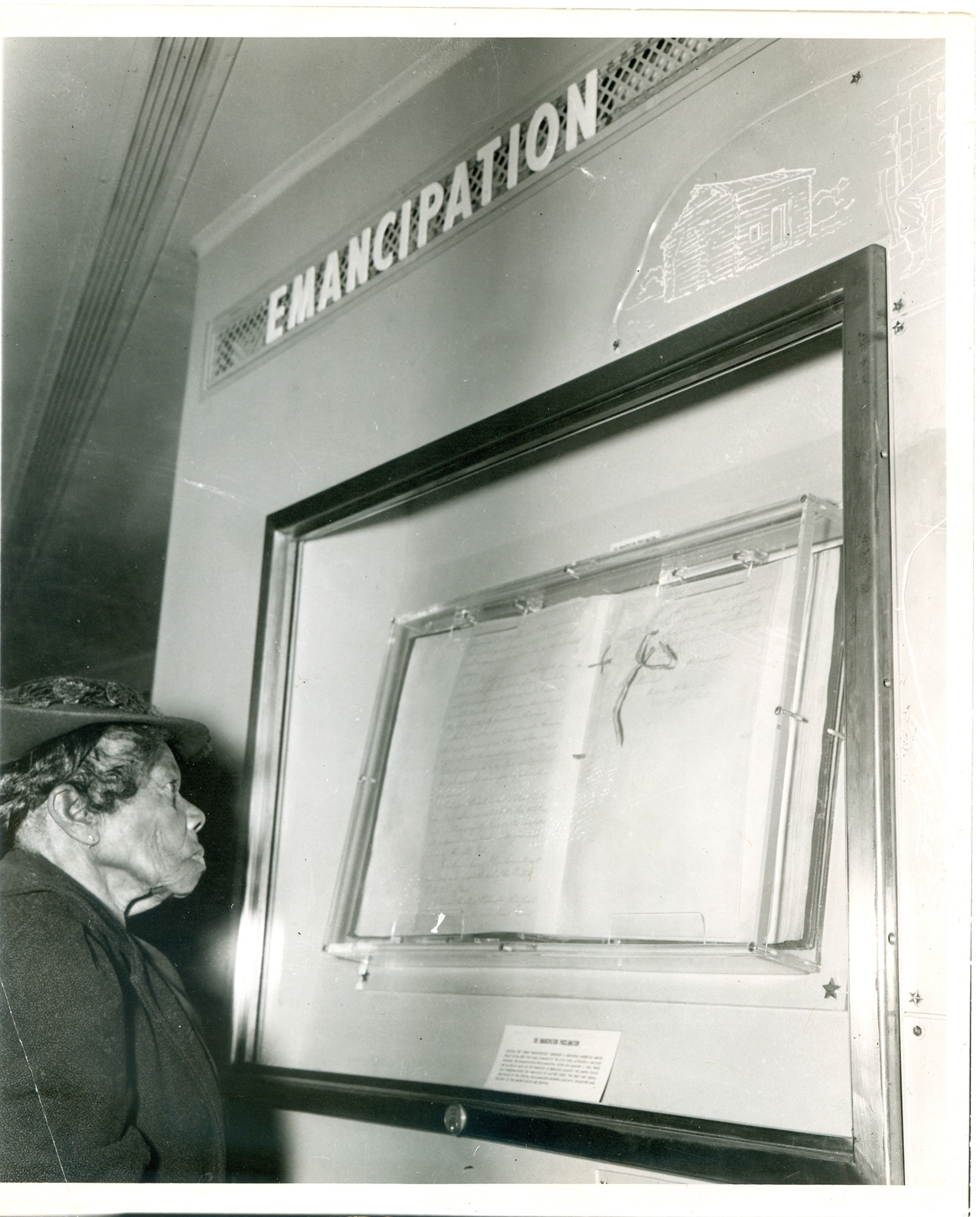 After several hours of greeting visitors to the White House, on January 1, 1863, Abraham Lincoln went upstairs to his study and made history with his pen.  He signed the Emancipation Proclamation into effect, declaring all slaves living in states rebelling against the U.S. “shall be then, thenceforward, and forever free.”  This document, which lacks any of the soaring rhetoric of the Gettysburg Address or the Second Inaugural, was written in the style of a terse military order.  After all, Lincoln believed that the Constitution rendered him powerless to do anything about slavery as it existed in the states.

At first glance, the Proclamation seemed to do very little.  It purported to free the slaves in territories of the Confederacy in rebellion against the U.S.  Well, the U.S. had very limited power there, anyway, so it is hard to see how the Proclamation could be enforced.  Moreover, it did nothing to effect slavery in the border states that were still part of the Union.  Maryland, Kentucky, and Missouri were slave states and still part of the Union.  The Emancipation Proclamation did nothing to free those slaves.  In addition, the Civil War was not going particularly well for the Union.  The lopsided carnage at Fredericksburg and the stalemate in the West cast a gloomy pall over new year’s 1863.  Lastly, a number of Union soldiers were not too willing to fight to end slavery- they were fighting for Union, not the black man.  They found a prominent leader in the Army of the Potomac’s departed commander, General George B. McClellan.

In addition, there is a school of thought that argues that the slaves essentially liberated themselves.  From the beginning of the Civil War, slaves fled to the Union lines.  This presented a problem to Union commanders.  Under the Fugitive Slave Law, U.S. officials were obligated to return runaway slaves to their masters.  However, when presented with the case of three slaves, Frank Baker, James Townsend and Sheppard Mallory, who had rowed a boat into the Union’s Fort Monroe, General Benjamin Butler, declared them “contraband of war,”- that is, they were being used in support of Confederate armies- and refused to return them.  Although Lincoln had reversed Union generals who attempted to declare slaves free in territories under their control, Lincoln did not disturb Butler’s decision and “contraband camps” sprang up behind Union lines full of slaves who fled their masters.  These slaves went to work as teamsters, cooks and other laborers in support of the Union Army and eventually comprised a good portion of the 200,000+ African-Americans who fought for the Union.  The presence of these contraband camps demanded a solution.

The Emancipation Proclamation transformed the Union Army into an army of liberation.  As it advanced through the South, the Union Army liberated slaves from their masters.  In 1863, large swaths of Confederate territory fell to Union armies, freeing thousands of slaves.  The slave-based economy fell with it.  But until the war was won, the Proclamation meant nothing.  If the Union could not subdue the South, slavery would have continued to flourish in North America. But Lincoln recognized the profound shift of the war for Union that had raged from 1861 to 1863 and the one that would rage for another two years.  Lincoln himself in 1862 stated “If I could save the Union without freeing any slave I would do it, and if I could save it by freeing all the slaves I would do it; and if I could save it by freeing some and leaving others alone I would also do that.”  But by November 1863, at the Pennsylvania town of Gettysburg, Lincoln uttered the words to define the struggle: “It is rather for us to be here dedicated to the great task remaining before us—that from these honored dead we take increased devotion to that cause for which they gave the last full measure of devotion—that we here highly resolve that these dead shall not have died in vain—that this nation, under God, shall have a new birth of freedom—and that government of the people, by the people, for the people, shall not perish from the earth.”

One hundred fifty years ago, the Emancipation Proclamation, more than any other single act, began the slow, bloody process of that new birth of freedom.

What does this have to do with immigrants or immigration law?  Well, I am sure I could labor for a connection, but the messy, hard process of liberation is worthy of a couple of hundred words in any blog, publication, or other media.